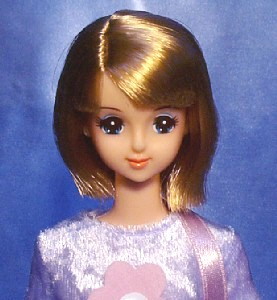 In 1998, the Japanese apparel brand Renown had 12000 "Yeye girls" made in a tie-up with Takara. These dolls were not commercialized. Application forms were available in each Renown shop for a prize drawing, and the lucky winners received their dolls by mail. Some shops made you buy something to apply, but apparently this was not the case of all shops. Some people applied in the name of every member in their family and were lucky enough to get several. Yeye girls are usually resold for 25000-30000 yen and don't turn up very often. The doll above consists of a Yeye girl head on a standard body (instead of the original 18 Jenny body) and is wearing a Teen Skipper outfit. 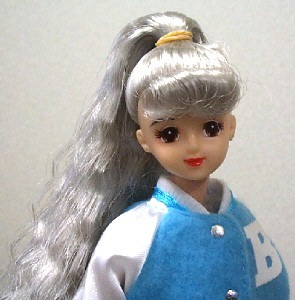 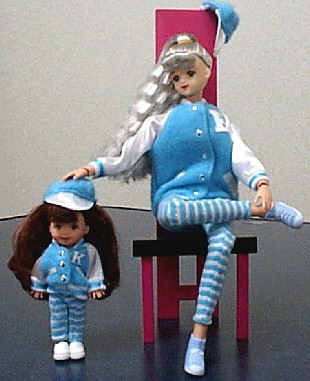 This doll consists of a January 1998 Calendar Girl (garnet) head on a Volks body. She's wearing a Barbie outfit, which seems to be exactly the right size for this body Why do you think her hair went all gray? Is baby-sitting that exhausting?? 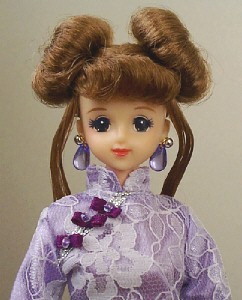 This is the February 1999 calendar girl, representing an amethyst. Since the beginning of the 1998 series, all calendar girls have the 18 Jenny head, which portrays Jenny one year older than the regular dolls. 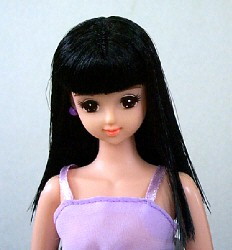 This is one of the three original, limited edition dolls made by Takara for the apparel brand Jill Stuart, in order to celebrate the opening of a Jill Stuart shop in Soho in NY, in the fall of 1998. These dolls can only be bought at Jill Stuart shops in Japan and NY. This one has black hair and is wearing a slip dress which was all the rage among young girls that summer in Japan (to the despair of their parents!). 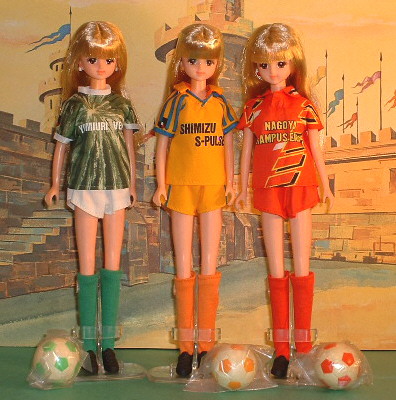 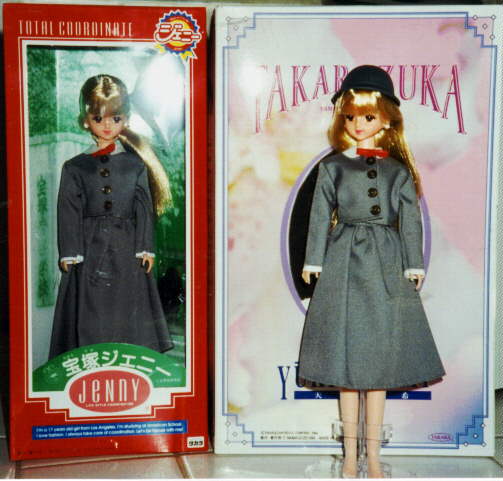 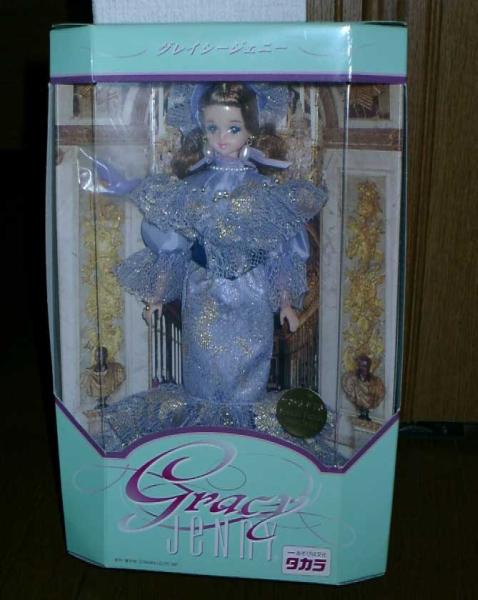 1997
Jenny is ready to make an unforgettable appearance in this grandoise gown of white moire. The design is reminiscent of Audrey Hepburn's
gown in Roman Holiday. 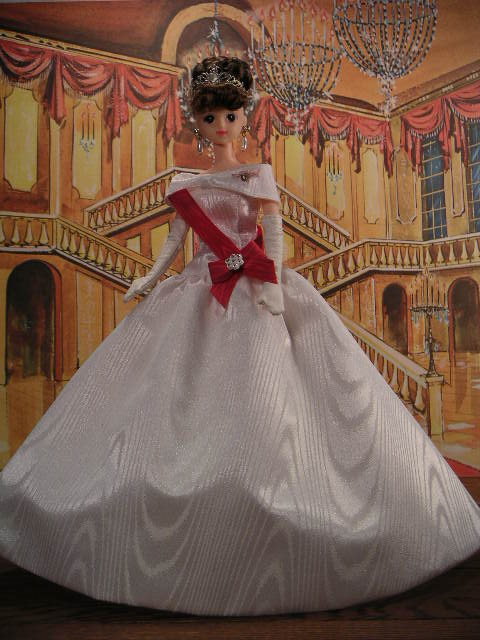 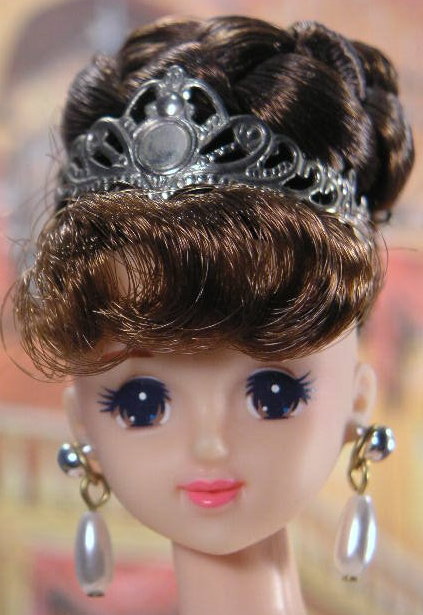 Back to Jenny main page