This series celebrates the beauty and heritage of the truly EXOTIC Thailand and each doll will authentically replicate and represent traditional costumes of ancient Thailand -- with a modern touch.  The series includes: Sukhothai Muse, Grand Sukhothai Muse, Kinnaree Mystic and Grand Kinnaree.

The most inspirational trip Susie has taken to date was to Thailand. Formerly known as The Kingdom of Siam, Thailand is so breathtaking and the people so hospitable, that Susie cannot help but to continue to go back for more. Her first creation after visiting Thailand was Sukhothai Muse. Sukhothai, which means Dawn of Happiness, was was the capital of the first Thai Kingdom, which flourished from about 1240 until 1360. That period was considered "The Gold Age" of the Thai. Today, it is the capital of Sukhothai Province. It seemed the appropriate beginning to her Legends of Thai collection because of the happiness she felt the moment she stepped off the plane in Bangkok, the current capital and largest city in Thailand. 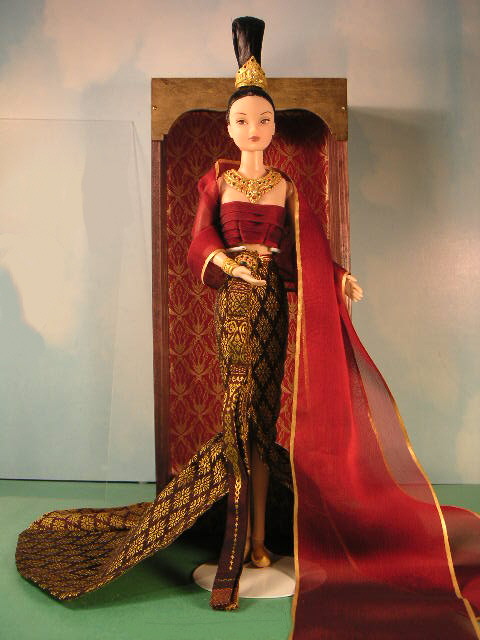 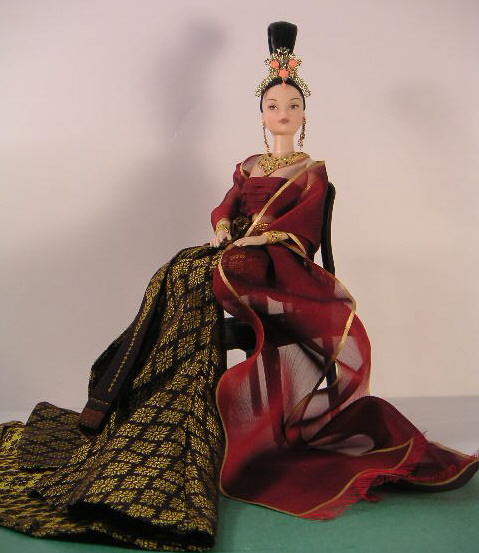 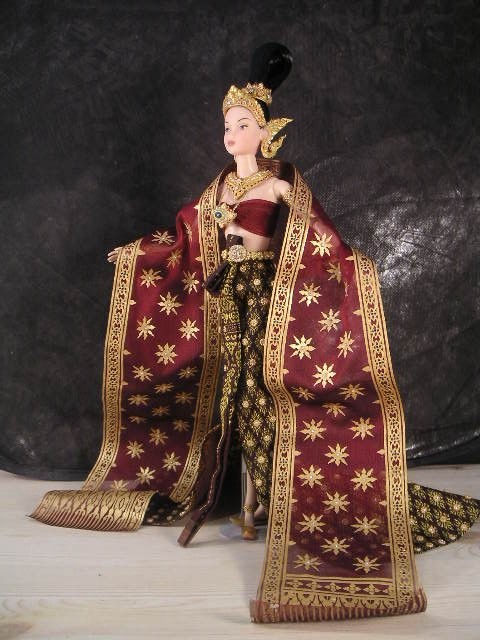 Susie wanted to learn everything she could about Thailand. She even started studying their mythology and was most intrigued by the Himmapan forest and the mesmerizing creatures that lived there. Most are not like anything she had seen before, the majority being a mix of different animals. Such creatures include the Gabil Puksa - a half bird, half monkey; the Kochasri - a mix of lion and elephant; and the Pla Kwai - a creature with the head of a buffalo and the body of a fish. For Susie, though, the most fascinating of all creatures is the Kinaree - considered one of the most beautiful creatures to inhabit the Himmapan forest. Thep Kinnaree is one of the loveliest of the Himmapan beings. Described as a beautiful half-woman, half swan, with the head and torso of a woman yet below the delicately tapered waist she has the body, tail and legs of a swan. Kinnaree also has human arms and the wings of a swan. While the Kinnaree has a male counterpart (the Kinnara or Kinna Norn) and is similar in form. The Kinnaree is renowned for her excellence in singing, dancing and her graceful form is often seen in sculpture, traditional architectures, and temple murals. These images inspired Susie to create the second piece in the series - Kinaree Mystique. She takes great pride in this creation. 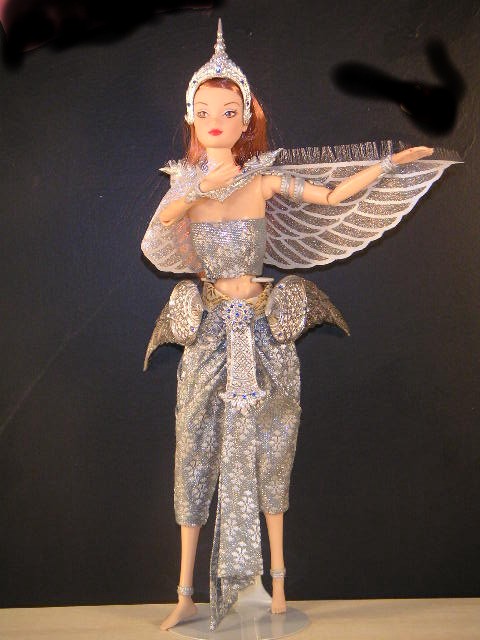 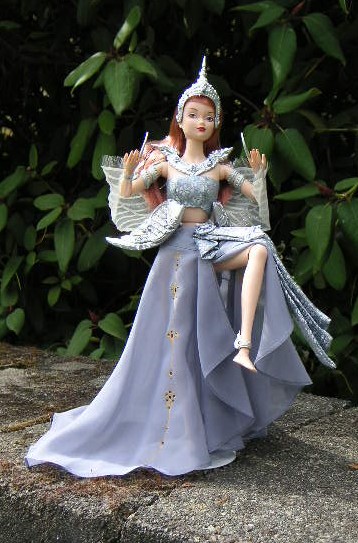 BACK to Susie Page