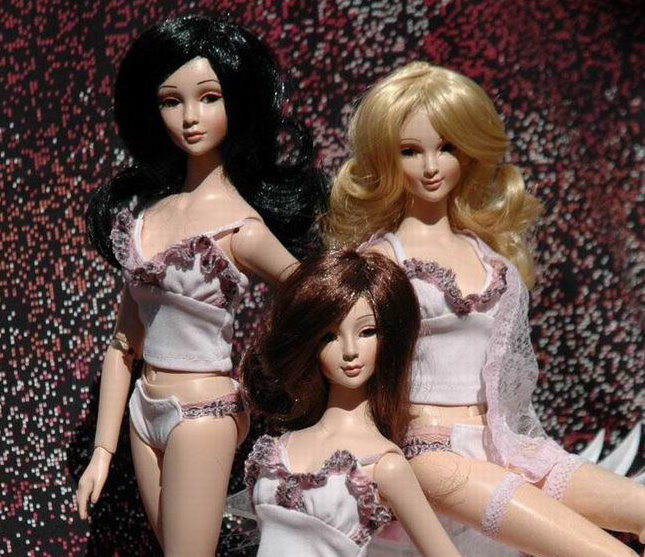 These are the initial offerings of Angels from R&D Fashion Dolls, RanD Angels. The dolls stand 15 1/2 inches tall and have 15 points of articulation which makes them highly poseable. They are made of polyresin , use glass or acrylic eyes, and wear detachable wigs.

Each doll in the Premiere Collection aka "Heavenly S.H.E. Collection" is Limited to 100 pcs. Each is dressed in pale pink lingerie and a dressing robe. Dolls come with hose, shoes, purse, pale pink wings, and a plush bear with matching pale pink wings. Doll stand, display box & a numbered certificate is also included. 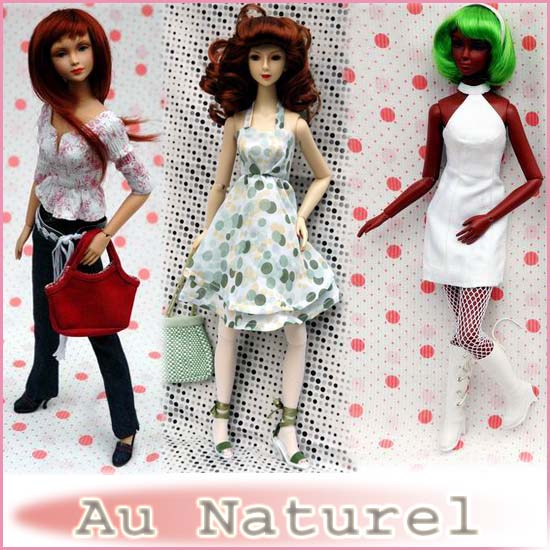 The Angels made a second appeareance and they were even better than ever!!! The Angels were redesigned and improved!!! The second collection was called "Au Naturel" and each Angel was given a new slimmer body. Each Angel had a different skin tone and the varying skin tone was the actual RESIN TONE -- so that meant a more even skin tone that would not rub off. Needless to say no scratching problems on the skin. The dolls' joint connectors were also changed to "S" hooks, for easy stringing. Each doll was limited to 50 pcs only! The new Angels were Earthly Flesh, Heavenly Snow, and Nirvana Honey.
Doll stand & display box was also included. 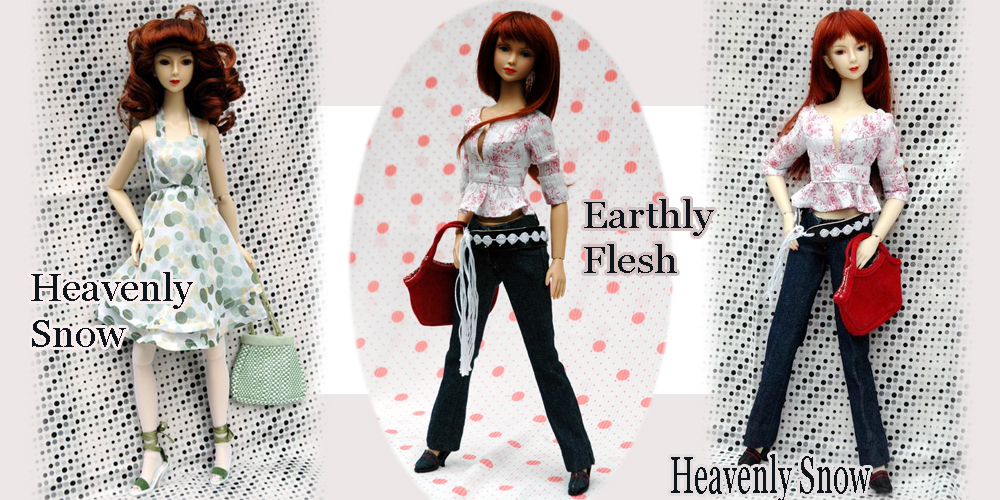 Then Along Came the Men.....Mensajaro, that is!!

Gabriel was the first offering in the Mensajero Collection. He was offered as Gabriel Noche with black hair or Gabriel Fuego with red hair.

The second offering of Mensajero was Akira. Mensajero 3 was Dax.(r) 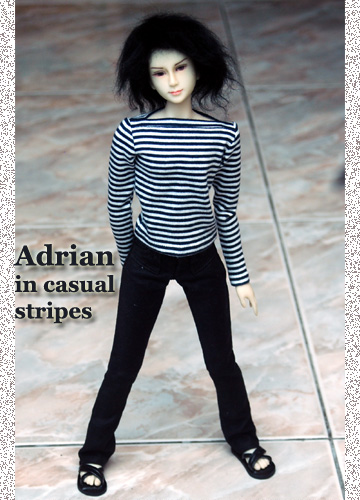