COLONIAL WITH AN UPDATE 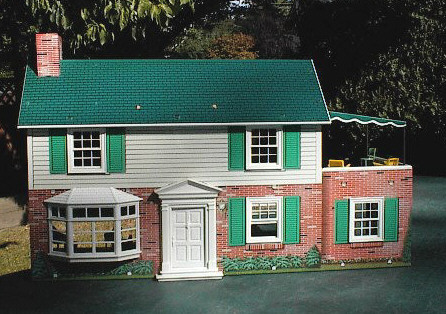 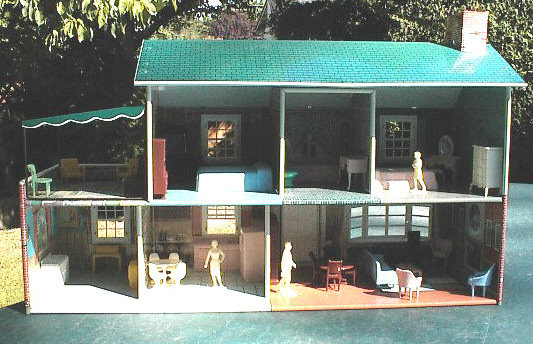 The colonial of the fifties needed a serious update by the time the sixties rolled around and this is the way it ended up. The exterior was spruced up and given a fresh new look. Actually the clapboard siding was kept and a brick base instead of coloured stone was used. The house was also given a bay window and plastic opening/closing windows elsewhere. This house made its first appearance in the 1965 Sears Wish Book.  In the 1968 JCPenney Christmas Catalog there is shown a version with the updated interior, however the house is furnished with Traditional furniture.  Then featured in the 1968 Sears Wishbook came a variation of this house to rival all variations.  This house is quite rare and uses the Lift off Roof rancher snap-together furniture.  Click here to see the variation.

Check out those colours. We're into the sixties now for sure. Notice too that the nursery is no longer there.  Guess the kids grew up!

WINDOWS
Another change was the fact that the windows were now made of plastic and could be opened and closed. Cool! 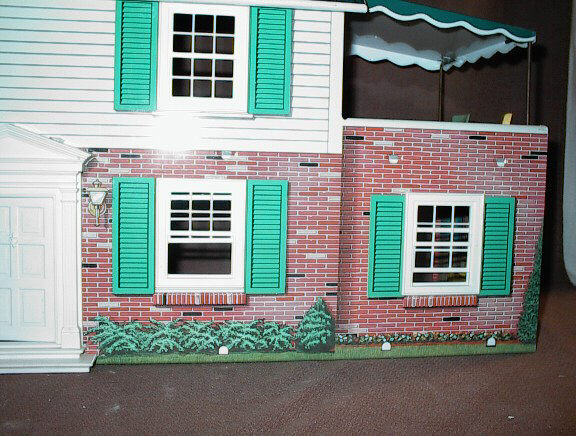