February 27, 2002 Version 02CM This doll was a very special doll as she was made especially for the GoGo Momoko" Club - an internet club all about Momoko. The doll was made in two versions with only the outfit being different. The outfits were: Two piece garments with cherry logo in orange color & red strap sandals or apple logo in green color & brown strap sandals. Each edition was limited to 300 pieces. Being a member of the group I manged to get one of each. Here they are wearing on the left, the club fall outfit and on the right, a reproduction of a Francie outfit. 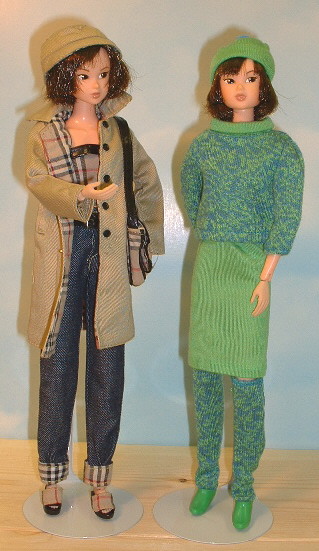 Members of the club were given the chance to vote on Momoko's features. Here are some of the prototypes: 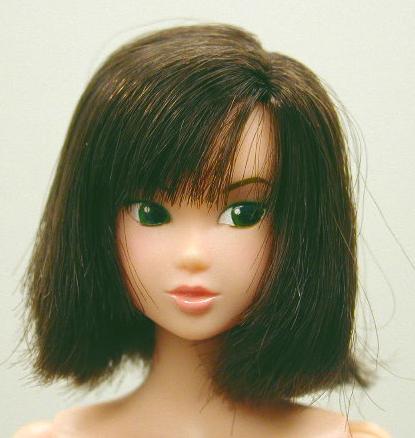 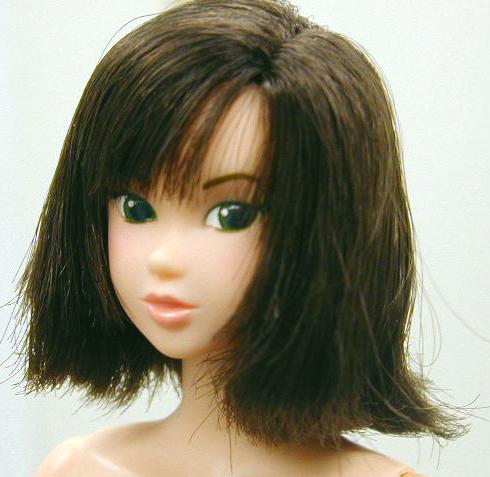 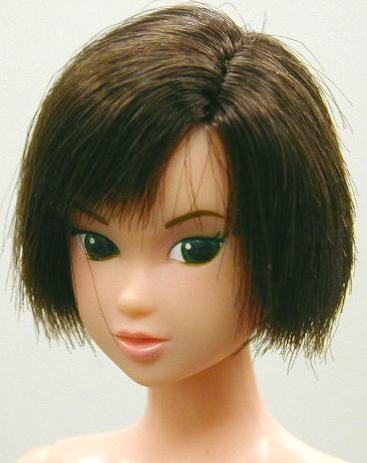 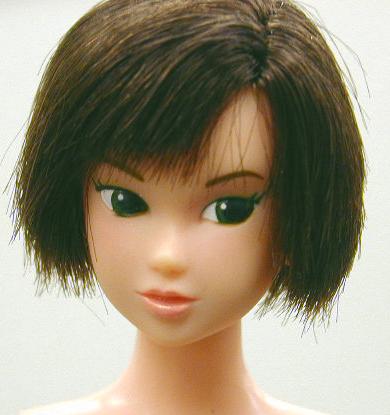 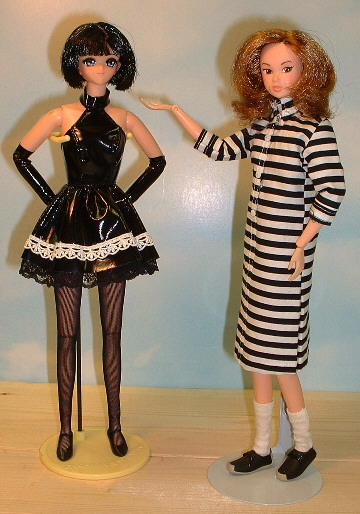 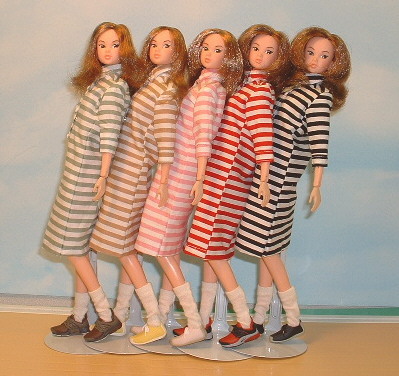 August, 2002, Momoko's First Anniversary and to celebrate there were five more dolls, one was 02KF. Momoko Korisu Factory version is classic and girlish. The Petworks website describes her character as "more like feeble girl". Too funny!!! She is on the right.

On the left is version 02SMye. This doll has a wolf cut again, but this time in red. She is my favourite Momoko, so far. This doll was made in two versions, Version 02SMye had yellow wallabys and 02SMpk came with pink wallabys. 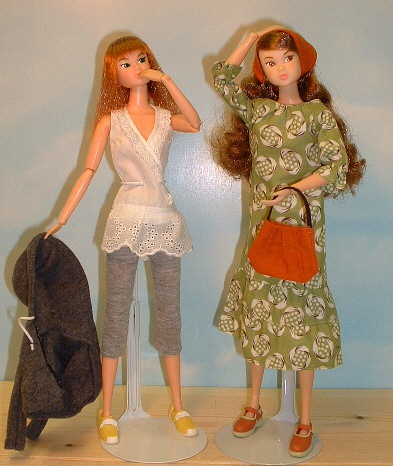 More 2002 dolls, version 02DD was a huge hit. Momoko is a rocker. She sold out instantly and is now fetching 5 times her original price on the secondary market. 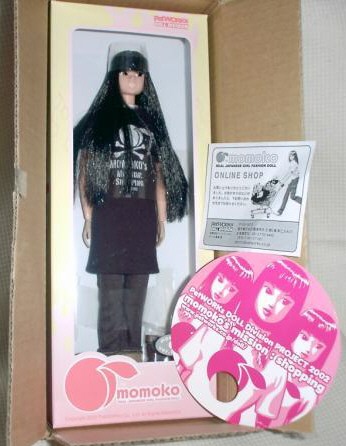 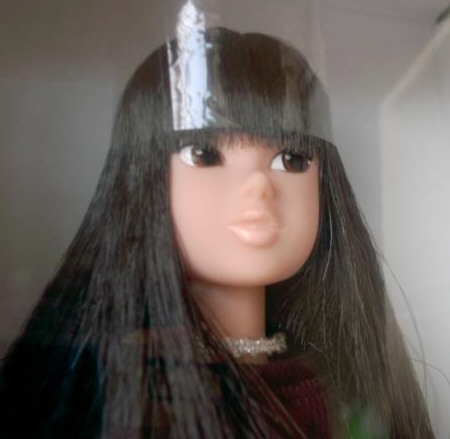 Version 02CD is "like a neighborhood girl who started working a few years ago. She is particular about fashion but doesn't like to overdo it." 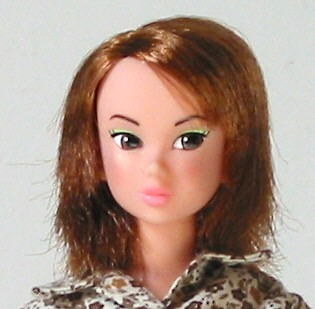 02PL is the Momoko Peach Lady doll. She has pink curly short hair, pink eyes and pink lips. She is on the "stacked" body which means bigger breasts. The inspiration for this doll was the old time actress Clara Bow. 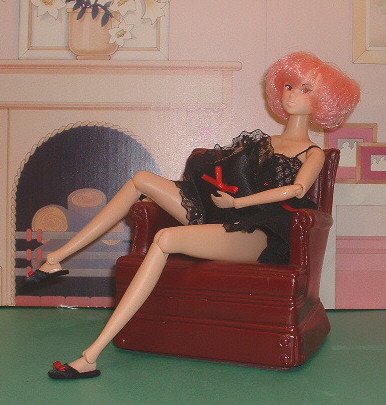 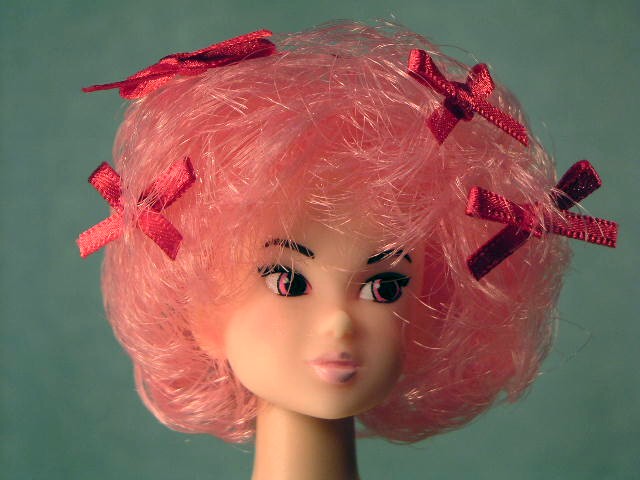 In December, 2002, the Final Home Doll was issued. This Momoko was a special edition doll created in collaboration with Final Home, which isa clothing company focussing on survival, protection, functionality, and recycleability. She was sold only in Japan. 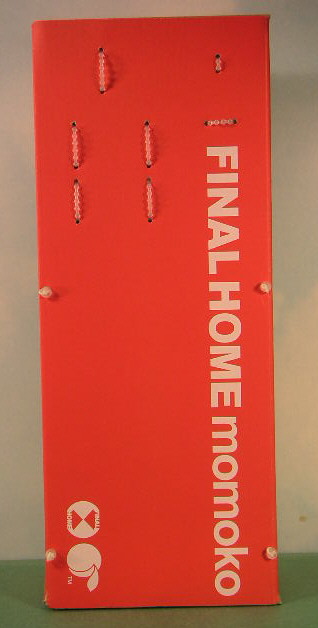 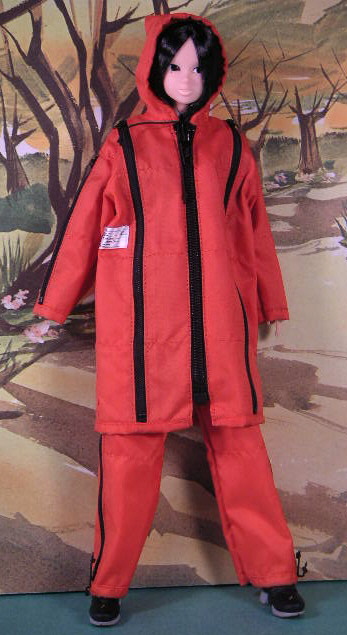 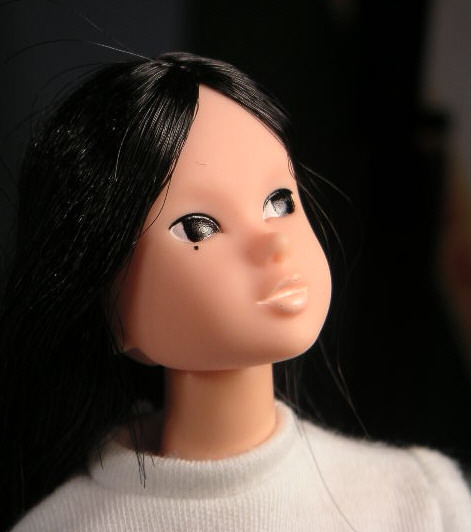 December, 2002, the second Christmas present doll given to friends and associates was given away. This doll was version 02HM, also know as Hitsuji(Sheep) Momoko. 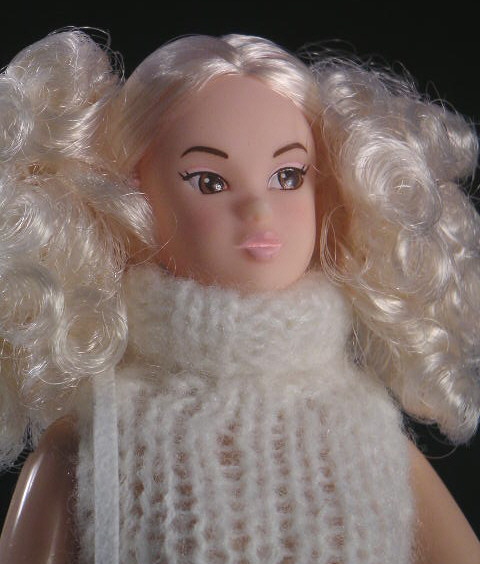